Portugal renews its title of Working Equitation World Champions – both by teams and individual!

An outstanding moment for the Portuguese team and for our beloved Lusitanos in Les Herbiers - our horses amazed once again the equestrian community with their unbelievable talent and mastery! 19 nations and a total of 49 participants disputed the VI Working Equitation World Championship from 20th to 23rd July in France. Portugal reinforced its' unrivalled history of victories and took home the word champions cup for the 5th time! The Portuguese team absolutely stole the show – a clear victory, 66 points ahead of Spain who placed 2nd, followed by the host country France, who finished 3rd place.

Let’s get to know a bit better the national heroes and protagonists of this odyssey?

The Luso team was made up of 4 renowned riders on the national equestrian scene. The Portuguese equestrian tradition on working equitation is well known worldwide and respected by many - the expectations were high! All the team rose up to the challenge and made us proud!

Gilberto Filipe & Zinque das Lezírias were as strong as ever, renewing their title of world champions! The duo conquered the 1st place in the dressage test (76.852%) stepping up their game on the handling test where they were first with 81.500%. It was an unforgettable ‘last dance’ for this unbeatable duo, who made history becoming two-times in a row world champions! Gilberto announced the retirement of his lifetime partner by the end of this championship: he had a much deserved farewell, celebrated by the audience in the midst of praise and honor. Zinque will now enjoy a well-deserved retirement - thank you for being such a remarkable ambassador for the Lusitano breed!

Mafalda Galiza Mendes & Isco SS, are now the world vice-champions! This duo has been a true delight to the eye with their outstanding elegance, charm and high-level performances. The pair’s connection is undeniable and they are just on the beginning of what we are sure it will be a remarkable career! The duo placed 2nd place on the dressage test, scoring 76.358%. On the handling test, they kept their place on the rank with 80.833%.

Luís Brito Paes & Horizonte, finished their participation in 10th place on a total of 49 participants. Horizonte is a Luso-Arabian crossbreed bred by Brito Paes family. A horse with great versatility who performs with great consistency.

Tiago Alves & Éoxido were the big stars of the speed test! Tiago never looked back and was the fastest on the speed test, setting the track record with 138.37 secs, wrapping up this championship in 9th. Eóxido is bred by the famous Portuguese rider Pedro Torres and his sire is nothing else than Oxidado, the legend. 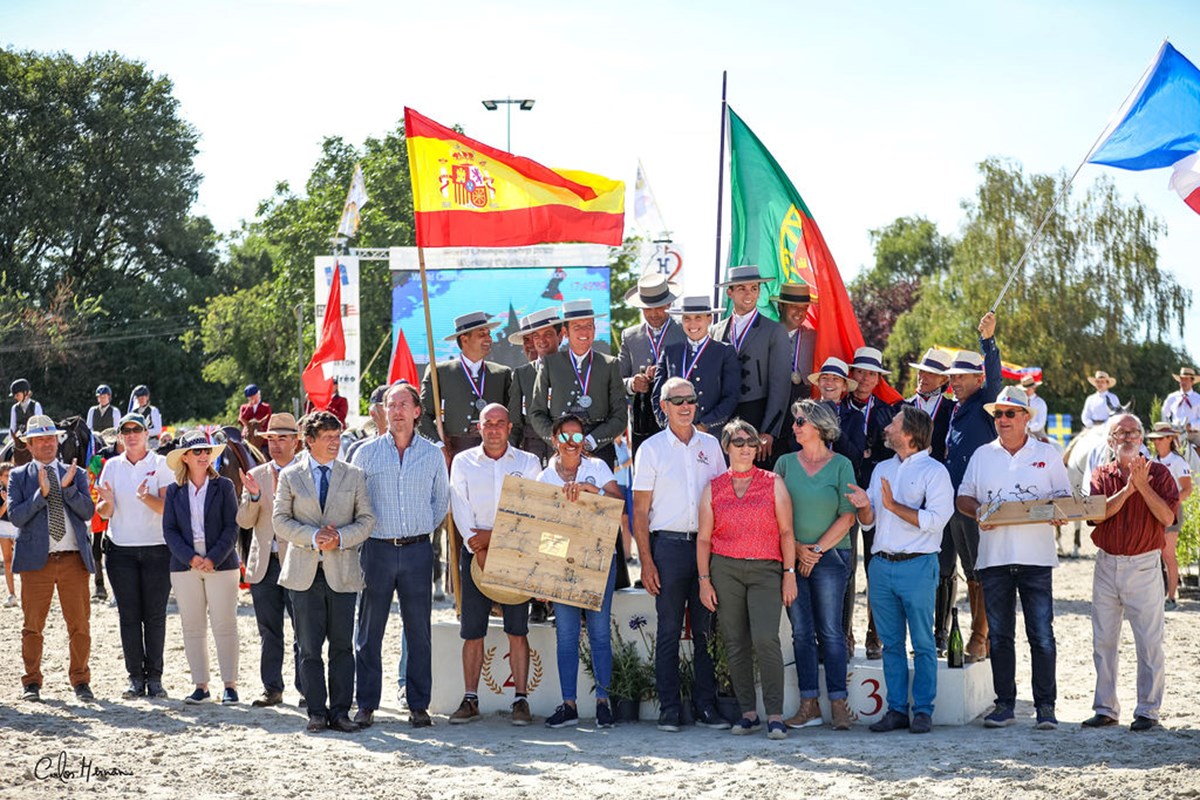 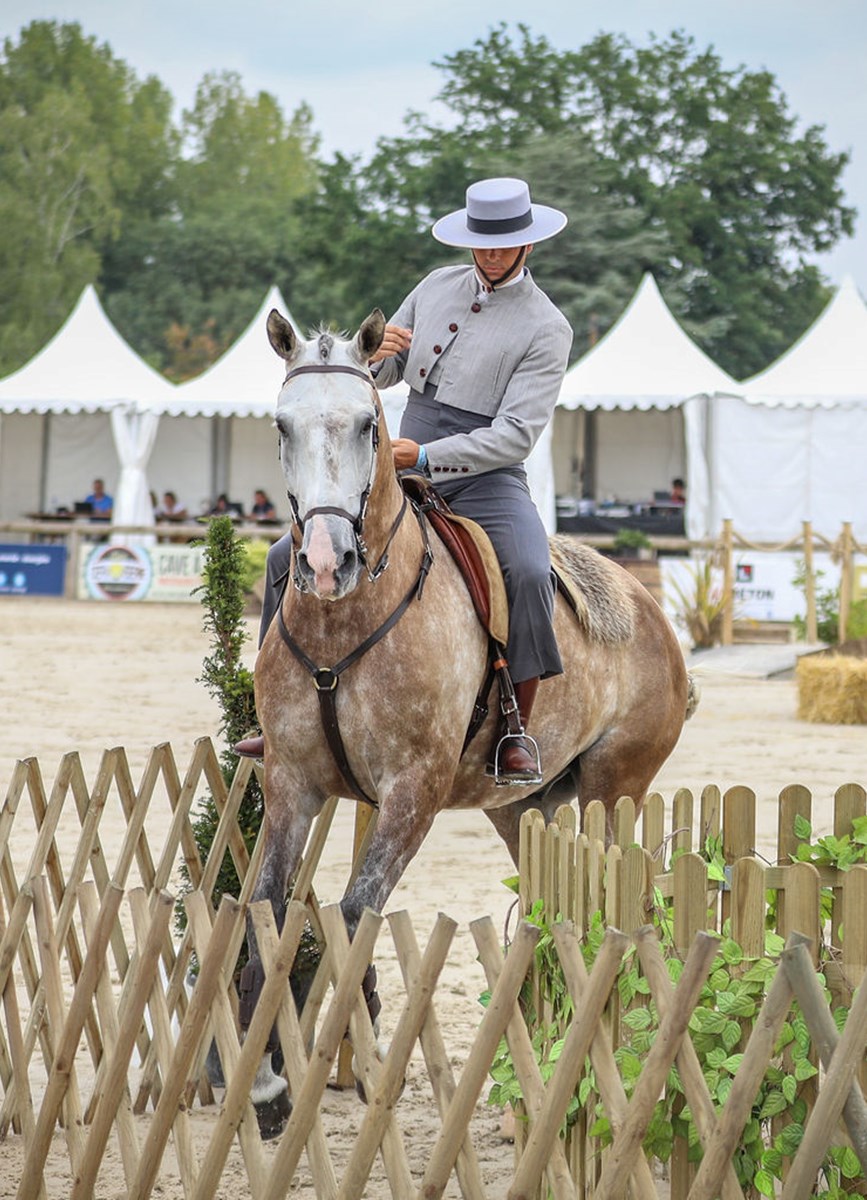 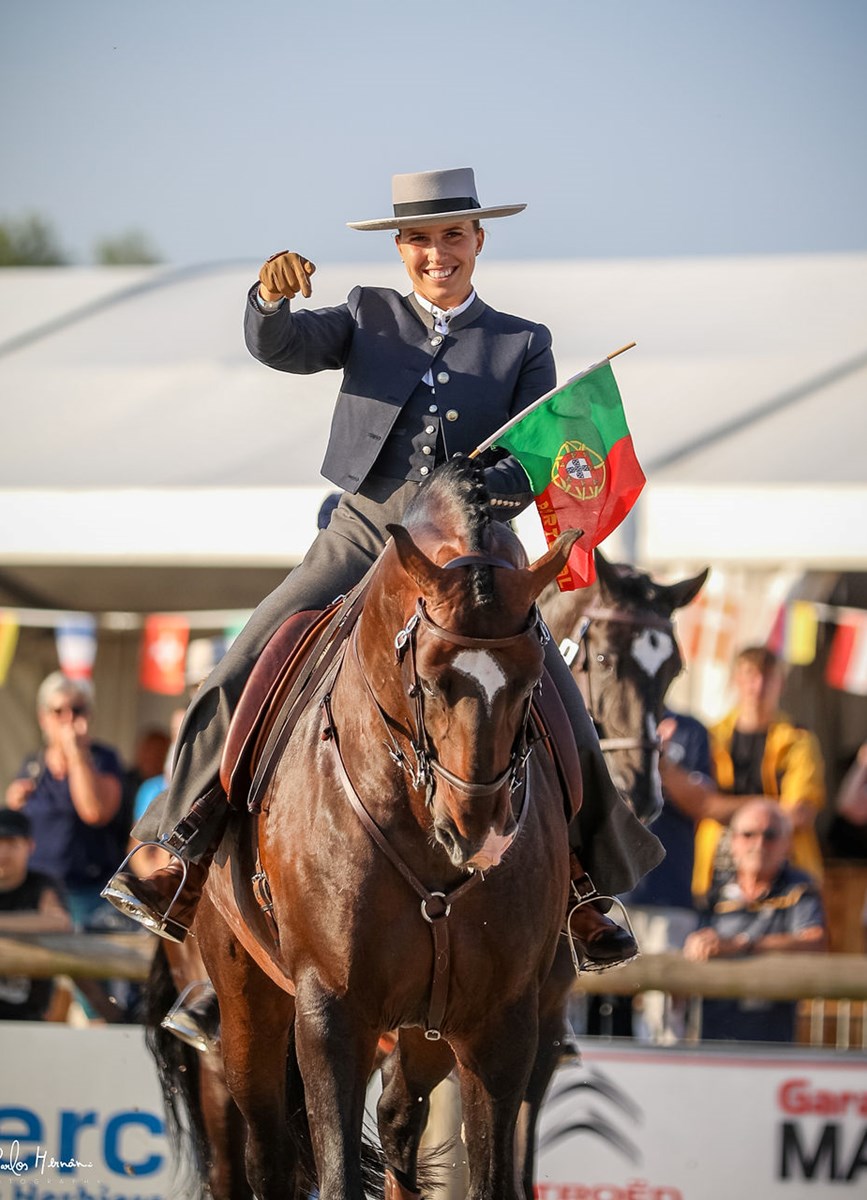 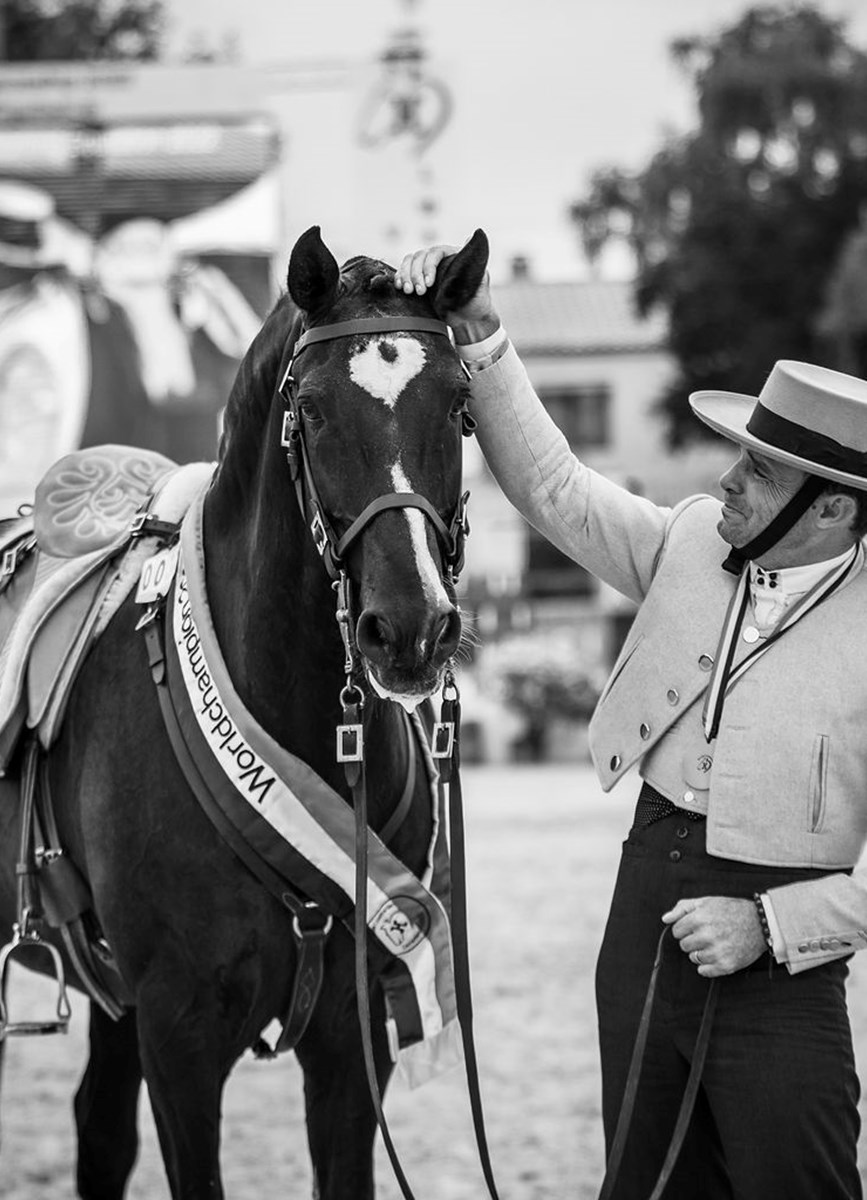 two-times in a row world champions 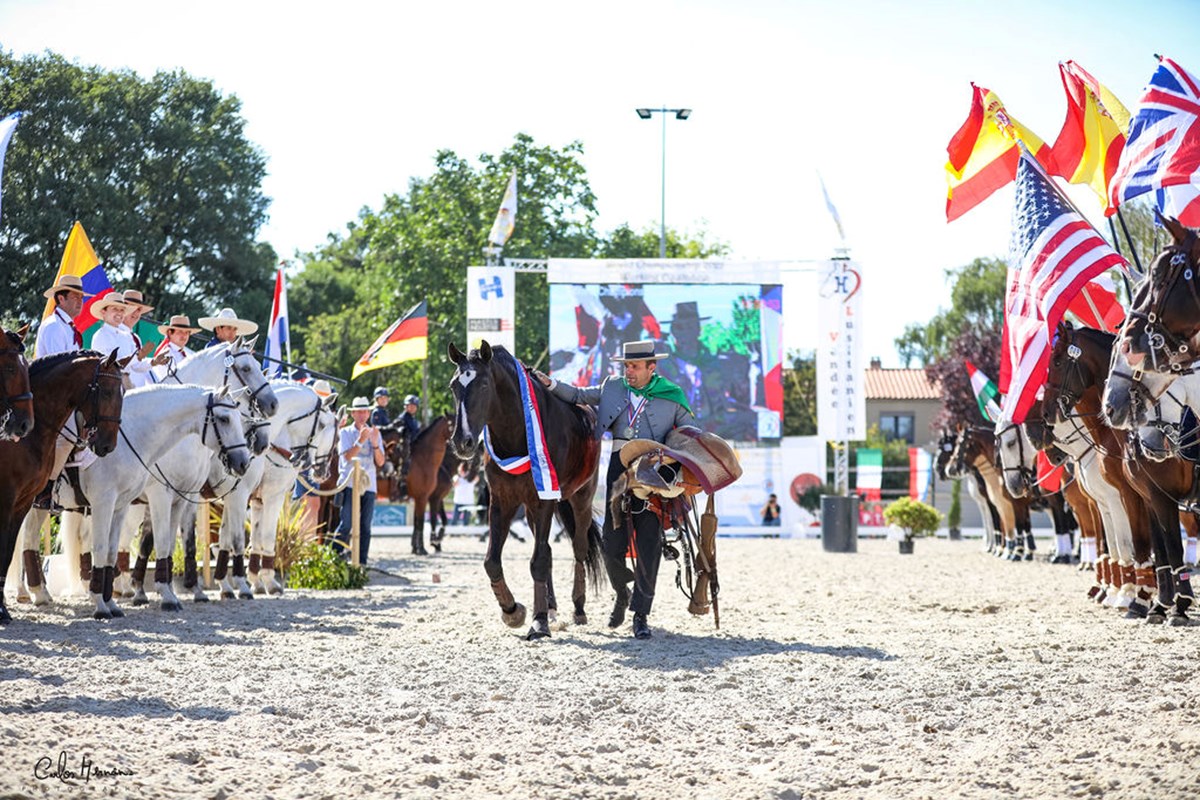 The Lusitano’s spirit, functionality, agility, power and cooperative character are, without any doubt, major assets that any Working Equitation rider looks for. The 7 top positions of the individual ranking of 2022 Working Equitation World Championship were taken by Lusitano horses! Another motive to be proud is that amongst the 49 horses disputing the championship, 27 of them were Lusitanos – over half the competitors! A true remarkable achievement that highlights the breed’s aptitude and potential for this discipline.

The Lusitano horse proved to be the top chosen to succeed and the keep on making their way into the international stages, impressing all those who see them in action.

Lusitano World congratulates the Portuguese team and celebrates the Lusitano horse – thank you for bringing the cup home!